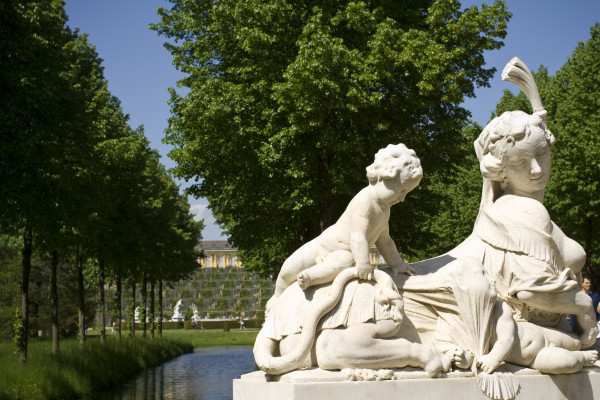 Explore the unique town of Potsdam, whose palaces and parks were designated a World Heritage Site by UNESCO in 1990. Incredibly picturesque with its manicured gardens, palaces, statues and water fountains, it's a symbol of Prussian splendour, new post-WWII borders, and Cold War spy-swapping! 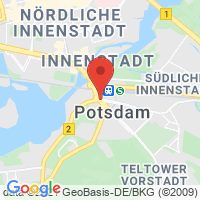 It is easy to see why the palaces and parks of Potsdam were designated a World Heritage site by UNESCO in 1990. Not only is the city incredibly picturesque, with its many palaces, lakes, manicured gardens, statues and water fountains dotted over hundreds of green acres, but it is brimming with an equally fascinating history.

Stroll around the Dutch Quarter, an ensemble of red-brick buildings that is unique in Europe. The infamous 'Soldier King', Frederick William I, (renowned for the giant men he collected for his showcase military regiments), had the houses built in the middle of the 18th century to accommodate Potsdam's new community of Dutch artisans.

See the stunning Sanssouci Palace, favourite residence of Frederick the Great, which is set in beautiful parkland scattered with temples, churches and follies.

After crossing the Glienicke 'spy swapping' Bridge we visit Cecilienhof, the manorial residence of Germany's last Crown Prince, which was used to host the Potsdam Conference in 1945. We describe the discussions that took place between Churchill, Truman and Stalin, which were to seal the fate of Cold War Europe for the next half century.